Narrative:
MacRobertson Miller Airlines flight 1750 departed Perth, Australia at 08:36 hours local time on a domestic flight to Port Hedland. The flight climbed to Flight Level 190, encountering light to moderate turbulence. The en route part of the flight was uneventful. At 11:20 hours the flight advised that it would be commencing its descent from FL190 in three minutes. At 11:34 hours the flight reported that it was then 30 miles by Distance Measuring Equipment (DME) south of Port Hedland and had left 7,000 feet on descent. This was the last message received from the aircraft. The aircraft was seen to descend rapidly and steeply a little later. The wreckage was found at 28 miles from Port Hedland.
Investigation showed that at 11:34:12 hours the starboard wing of the aircraft, outboard of Station 143 and including the No. 4 engine installation, separated from the aircraft in flight. Immediately following this failure some components of the starboard wing struck the starboard tailplane and elevator causing the outboard portions of these two components to fail and the tail section and rear fuselage to separate from the aircraft. At the same time fuel released into the air from the ruptured fuel tanks burned momentarily and affected, superficially, some external surfaces of the aircraft.
The gyrations of the aircraft subsequent to the wing failure were violent enough to cause the other three engine installations to separate inflight. The remainder of the aircraft, comprising the cabin, cockpit, port wing and the inboard portion of the starboard wing, struck the ground at 11:34:38 hours.
Investigation further revealed that the starboard inner wing had failed in upward bending at Station 143, where the strength of the lower boom of the main spar had been substantially reduced by fatigue cracking extending over some 85% of its cross-sectional area. It is probable that, at the time of the failure, flight loads close to 1g steady flight loads were being applied to the wing.

CAUSE: “The cause of the accident was that the fatigue endurance of the starboard inner main spar lower boom was substantially reduced by the insertion of a flared bush at station 143 when the margin of safety associated with the retirement life specified for such booms did not ensure that this boom would achieve its retirement life in the presence of such a defect.” 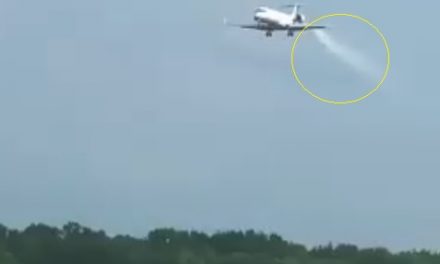 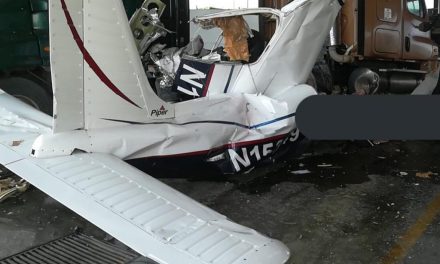