65 Years ago today: On 1 February 1957 a Northeast Douglas DC-6 crashed on Rikers Island following takeoff from New York-LGA, killing 20 out of 101 occupants.

Narrative:
Northeast Flight 823 to Miami (MIA) was scheduled to depart from New York-La Guardia (LGA) at 14:45. Snowfall delayed the departure.
Carrying 95 passengers and 6 crewmembers, the gross weight of the aircraft was 98575 pounds, 265 pounds below maximum weight. The crew started the takeoff roll on runway 04 at 18:01. Except for some sliding of the nose wheel at low speed, the takeoff roll was normal. A positive rate of climb was established and the gear was retracted, flaps raised and METO power set. The crew went on instruments immediately after gear retraction and the captain monitored airspeed, rate of climb and direction. the aircraft was to climb on runway heading, but started turning to the left. This was not noticed by the crew. While over Rikers Island on a 285deg heading, the DC-6 first struck small trees. The left wingtip touched the ground; the right wingtip 150 feet beyond. The plane then skidded 1500 feet. Impact occurred about 60 seconds after the start of takeoff.

PROBABLE CAUSE: “The failure of the captain to: 1) properly observe and interpret his flight instruments, and 2) maintain control of his aircraft.” 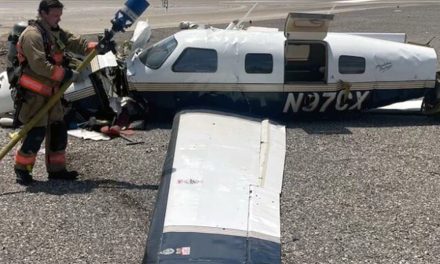 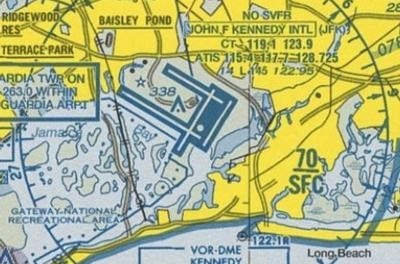