53 Years ago today: On 28 February 1967 a Philippine Air Lines Fokker F-27 lost control and crashed while approaching Mactan; killing 12 out of 19 occupants.

Narrative:
Flight 345 was a scheduled domestic flight from Manila to Mactan. It departed Manila at 1720 hours on an IFR clearance direct to Mactan, via Amber 1 at flight level 130. At 1908 hours the flight reported to Mactan Control Approach that it was descending through FL 70. It was cleared to FL 50, given an altimeter setting of 29.81 in Hg and requested to report at FL 60. At 1909 hours the flight requested a visual descent from FL 50 to 30 and at 19:13 hours it reported commencing a VOR approach to runway 04. At 19:17 hours the flight reported on final and Mactan Approach cleared the flight to land, giving the wind as 330°/5 kt. The flight acknowledged the clearance and this was the last communication from the aircraft. Whilst on a long final approach commenced from a height of 1 500 feet approximately 4 miles from the runway threshold, the aircraft suddenly assumed a nose-high attitude and additional power was applied. A crew member then came out of the cockpit and spoke in the direction of a number of supernumerary crew traveling in the passenger compartment instructing them to move forward. Moments later a flight attendant came from the cockpit and instructed everybody to move forward. Before all the passengers could comply, the aircraft started banking alternately to the right and left, descending in a tail low attitude and crashed at approximately 19:18 hours 0.9 miles before the threshold of runway 04.

PROBABLE CAUSE: “Loss of control at a low altitude. The contributory factor was the distribution of load which placed the center of gravity aft of the rear CG limit.” 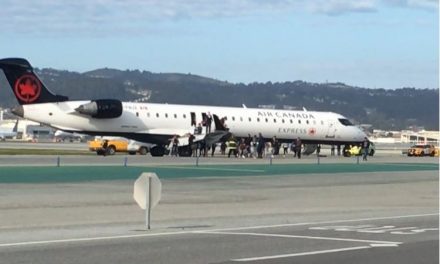 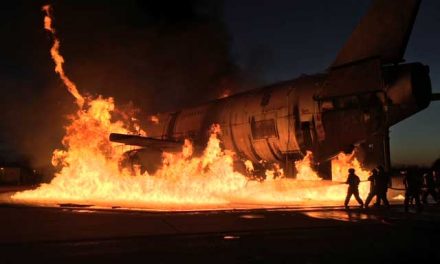