Narrative:
United Flight 615, a Douglas DC-6 named “Mainliner Omaha”, crashed near the top of a hill while approaching Oakland Airport, California for landing. All 50 on board were killed.
The aircraft operated on a scheduled service from Boston, Massachusetts to Oakland, California, with en route stops at Hartford, Connecticut; Cleveland, Ohio; and Chicago, Illinois. The first legs of the flight were uneventful and the aircraft arrived at Chicago at 21:59 CST. Following a crew change and refueling, the flight departed Chicago again at 22:59 CST.
At 03:54 PST, while approaching the Oakland area, Flight 615 was cleared to the Newark fan marker, with instructions to descend to 6000 feet, maintain that altitude, and contact Oakland Approach Control over Altamont. At 04:11, the flight reported over Stockton, California, at 9500 feet, descending. Five minutes later they were over the Altamont Intersection. The flight was cleared by Approach Control to the Oakland radio range station to maintain at least 500 feet above the tops of the clouds. The pilot followed this contact with a request for clearance direct to Newark and a straight-in range approach. This request was granted, with instructions to maintain an altitude of 500 feet on top of the cloud layer between Altamont and Newark. At 04:25 Flight 615 was cleared for a straight-in approach on the southeast course of the Oakland radio range from Newark. At 04:27 the flight reported leaving Newark inbound to Oakland. This was the last radio contact.
The aircraft descended until it struck rising mountainous terrain at 983 feet MSL, 26 feet below the crest of the hill and approximately three miles to the right of the southeast on-course signal of the Oakland radio range. The major portion of the fuselage hurtled over the top of the knoll, scattering on the down-slope and into a canyon beyond. The captain was possibly using the ADF, allowing the DC-6 to be three miles to the right of the intended course and about 2500 feet below the 3500 feet minimum altitude. The cloud base was at 1500 feet with patches of fog obscuring terrain.

PROBABLE CAUSE: “The failure of the captain to adhere to instrument procedures in the Newark area during an approach to the Oakland Municipal Airport.” 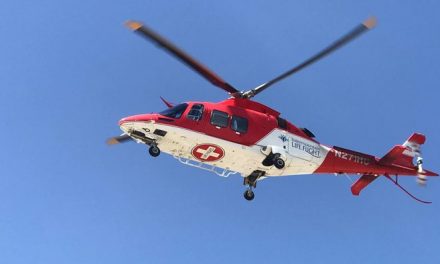 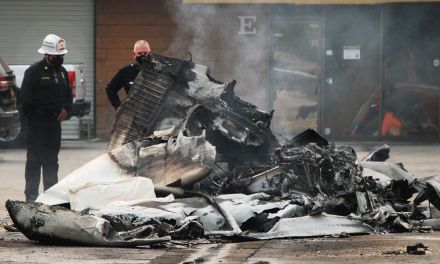