56 Years ago today: On 8 July 1965 a Canadian Pacific Air Lines Douglas DC-6B crashed near Dog Creek following an on board explosion, killing all 52 occupants.

At 14:42, the DC-6B “Empress of Buenos Aires” took off on an instrument flight plan for Prince George, via Victor 300 and Blue 22 airways.
En route, at 15:29 the crew reported to Vancouver ATC Centre that they had passed Ashcroft at 16,000 feet. They were estimating William Lake at 15:48. At 15:38 hours, Vancouver Centre called Flight 21 and did not receive a reply. About two minutes later, three “Mayday” calls were heard by Vancouver Centre. An explosion had occurred in the left aft lavatory. Smoke trailed the aircraft and the tail separated from the fuselage. The main portion of the wreckage assumed a nose down attitude and spiralled to the left until it crashed into a wooded area.

PROBABLE CAUSE: “Explosion of a device which resulted in aerial disintegration.” 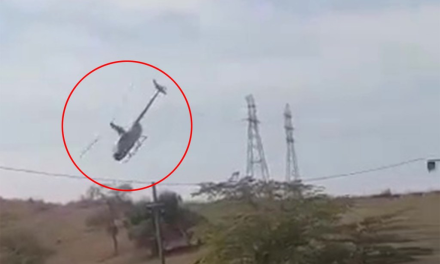