53 Years ago today: On 30 March 1967 a Delta Air Lines Douglas DC-8-51 lost control during a two engines out approach to New Orleans; killing all 6 training crewmembers and 13 people on the ground.

Narrative:
Delta Air Lines DC-8-51 N802E was scheduled as Flight 9877, to provide crew training for a captain-trainee and a flight engineer-trainee. In addition the flight engineer-instructor was being given a routine proficiency check.
At 23:14 a weather briefing was given to the instructor pilot, indicating, “… the only significant weather was a restriction in visibility which was expected to reduce to about two miles in fog and smoke near 0600…”.
The flight departed the ramp at 00:40 with the captain-trainee in the left seat and the check captain in the right seat. At 00:43 the crew advised the tower they were ready for takeoff and would “…like to circle and land on one (runway 1).” The tower controller then cleared them as requested. The aircraft was observed to make what appeared to be a normal takeoff and departure. At 00:47 the crew reported on base leg for runway 1, and the controller cleared the flight to land. A subsequent discussion revealed that they would execute a simulated two-engine out approach, execute a full stop landing and then takeoff on runway 19.
The tower controller observed Flight 9877 in a shallow left turn on what appeared to be a normal final approach. The degree of bank increased to approximately 60 degrees or greater when the aircraft hit the power lines approximately 2,300 feet short and 1,100 feet west of the runway threshold. The DC-8 crashed into a residential area, destroying several homes and a motel complex. 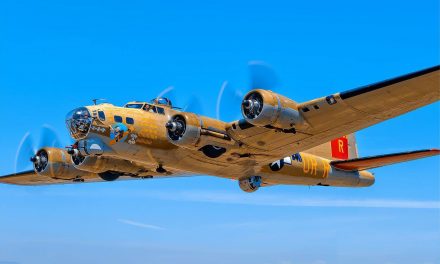