40 Years ago today: On 6 October 1981 an NLM Cityhopper Fokker F-28 crashed near Moerdijk after losing control when encountering a tornado, killing all 17 occupants.

Narrative:
An NLM Cityhopper Fokker F-28 Fellowship was destroyed when it crashed in an industrial area near Moerdijk, Netherlands. All 17 on board were killed.
The aircraft, named “Eindhoven”, operated flight HN431 from Rotterdam Airport, Netherlands to Eindhoven, Netherlands and Hamburg, Germany. During the weather briefing at Rotterdam Airport, 44 minutes before takeoff, the crew was told about the presence of an area with thunderstorms to the south and east of Rotterdam.
At 17:04 hours local time the F-28 took off from Rotterdam Airport. About five minutes after takeoff the crew noted heavy rainfall in thunderstorms on the weather avoidance radar and received clearance to avoid this area. Course was changed to the south in order to pass between two major thunderstorm cores.
At 17:12 the aircraft entered a tornado, which resulted in loads on the airframe increasing to +6.8 G and -3,2 G. The right wing was bent upwards followed by a severe downward sweep. This compromised the structural integrity of the wing, causing a large portion of the outer wing to separate in an upward and rearward motion. Control was lost and the aircraft impacted a railway bridge inverted.

The investigation report did not contain a probable cause statement per ICAO Annex 13. 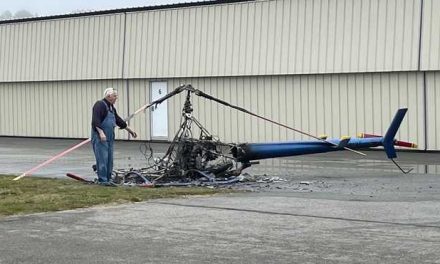 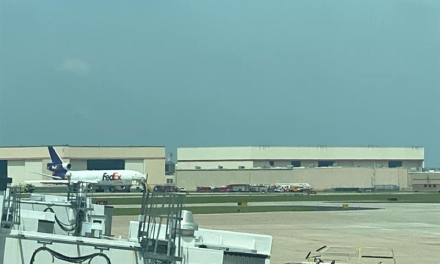