20 Years ago today: On 4 May 2002 an EAS Airlines BAC One-Eleven crashed into houses on takeoff from Kano, Nigeria killing 71 occupants and 78 persons on the ground.

Narrative:
EAS Airlines flight 4226, BAC One-Eleven (5N-ESF), crashed in a residential area after takeoff from Kano Airport, Nigeria. Four of the 77 occupants survived the accident and at least 30 persons on the ground were killed.
The One-Eleven, 5N-ESF, was bought by EAS Airlines from Romanian airline TAROM and joined the EAS fleet on August 2, 2001.
On March 9, 2002, however, its No.2 engine (Rolls-Royce Spey 512-14DW) developed some vibration and loss of power output as a result of which the aircraft was grounded, awaiting engine replacement.
Another One-Eleven aircraft in the EAS Airlines fleet, 5N-ESD, developed a ground-cooling problem on the April 30, which the operator estimated 7 days to be repaired. Due to the operational demand, the operator then decided to transfer one engine from 5N-ESD onto 5N-ESF’s No.2 position. Thus the aircraft resumed flying on May 2, 2002.
On May 4, the aircraft operated flight EXW4227 from Lagos to Jos and Kano and flight 4226 from Kano back to Lagos. The flight to Kano was uneventful and the aircraft landed at 11:40 UTC. A total of 47 passengers remained on board and 22 passengers boarded the flight for Lagos.
At 12:22 UTC the aircraft was cleared to taxi to runway 23 for departure. The Tower controller reported a temperature of 36°C with wind from 170 degrees at 7 knots and issued takeoff clearance.
Takeoff was commenced at 12:28 but the acceleration seemed slow to the Tower controller. The aircraft was not able to lift off the runway and continued onto the 60 m blast pad and continued onto the adjacent grass terrain for 180 metres, which raised a huge burst of dust knocking off two approach lights.
After becoming airborne the undercarriage remained down and the aircraft barely climbed. Engine power was lost due to dust ingestion during the overrun. Flight 4226 then impacted the Gwammaja Quarters residential area, some 3 km past the end of the runway. The aircraft broke up and caught fire.

The investigation was severely hampered due to the uncontrollable crowd of people, for many days in the area after the crash. Also, the Cockpit Voice Recorder was never found and the Flight Data Recorder seemed to have never worked on flights in Nigeria.
An investigation of both engines showed that there was no pre-crash failure which could account for the long takeoff run. Other factors like air temperature, runway elevation, centre of gravity, takeoff weight (39243 kg, which was below the mtow of 47,400kg) were all discounted.
The investigators noted that the main 3000 m-long runway at Kano was closed for work and runway 05/23 was in use, which had a length of 2600 meters. Performance calculations showed that the aircraft needed 2347 metres. It was considered that the flight crew was accustomed to be operating from longer runways in Nigeria and this was likely the first time they were operating out of a 2600 m long runway. Contingencies of operating on the shorter runway were probably not seriously considered before the commencement of the takeoff roll.
Subsequently, after becoming airborne, the undercarriage remained extended which caused additional drag and the rate of climb would have increased by 200ft/min had it been raised. Together with the decrease in engine power due to dust ingestion led to the aircraft’s failure to climb to a safe altitude.

Probable cause: The crew’s inability to get the airplane airborne within the safe parameter of the available runway length.
The contributive factor was the breakdown of the crew’s cockpit coordination procedure in executing a coercive reaction of initially,
i) getting the aircraft airborne;
ii) improving its climb performance by raising up the gear and
iii) flying the airplane to safe height before thinking of the next line of action. 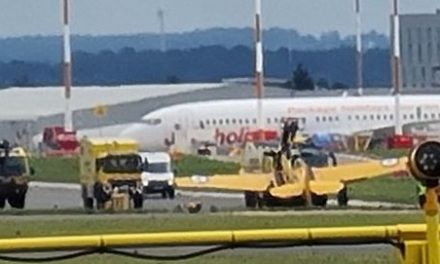 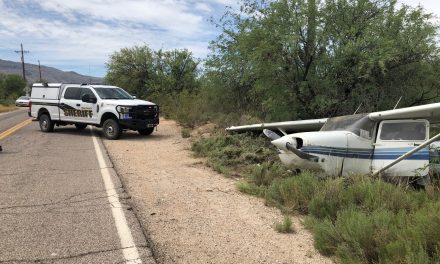