51 Years ago today: On 6 June 1971 a Hughes Airwest McDonnell Douglas DC- 9-31 collided with a US Marine F-4B Phantom over the San Gabriel Mts, killing all 49 occupants of the DC-9.

Narrative:
Hughes Airwest Flight 706, a McDonnell Douglas DC-9-31, and a US Marine Corps McDonnell F-4B Phantom both crashed following a mid-air collision 7 km north of Duarte, California, USA.
All 49 on board the DC-9 and the pilot of the Phantom were killed in the accident.

Phantom
The U.S. Marine Corps F-4B Phantom, 151458, was part of a two-ship formation that had departed the Marine Corps Air Station (MCAS) El Toro, California on June 4, 1971 on an overnight cross-country return flight to McChord Air Force Base (AFB), Washington. During a refueling stop at Mountain Home AFB, Idaho, on the way back, 151458 was grounded for repairs to have mechanical difficulties checked out. The radar and transponder were inoperative, there as an oxygen system leak and the radar system were degraded. Meanwhile the flight leader continued back to MCAS El Toro.
Maintenance personnel replaced a fuse to fix the radio, but they did not have the personnel to check the transponder. They confirmed the oxygen leak, but could not repair it. No attempt was made to restore the radar to peak performance at that time. The crew of 151458 then flew to Naval Auxiliary Air Station (NAAS) Fallon, Nevada, for further repairs.
The maintenance personnel on duty at NAAS Fallon were unable to provide the appropriate repairs, so it was decided that the Phantom should continue to MCAS El Toro at low altitude.
The flight departed at 17:16, climbed initially to 7500 feet, and then climbed to 15500 feet to clear mountains and some clouds. After crossing the mountains, they descended to 5500 feet and later further down to 1000 feet. Due to deteriorating visibility, they again climbed to 15500 feet northwest of Palmdale.
The Radar Intercept Officer (RIO) was operating the radar in the mapping mode, but, due to the extremely degraded air-to-air detection capability, no airborne targets were seen.

Collision
At 18:11 both crew members of the Phantom jet suddenly noticed the DC-9 on their right hand side. The pilot initiated an evasive roll but a collision could not be avoided.
The Phantom struck the forward fuselage of the DC-9, causing the nose section of the DC-9 the separate from the fuselage.
The F-4 began to tumble violently about the lateral axis and the RIO ejected from the aircraft. He parachuted to the ground without injury.
The DC-9 crashed in a wooded canyon with approximately 60° slopes

PROBABLE CAUSE: The failure of both crews to see and avoid each other but it is recognized that they had only marginal capability to detect, assess, and avoid the collision. Other causal factors include a very high closure rate, comingling of IFR and VFR traffic in an area where the limitation of the ATC system precludes effective separation of such traffic, and failure of the crew of BuNo458 to request radar advisory service, particularly considering the fact that they had an inoperable transponder.” 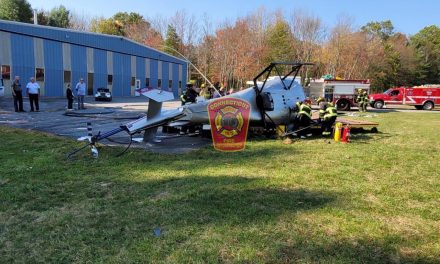