Narrative:
Uganda Airlines flight 775, a Boeing 707-300C, took off from London-Gatwick Airport, United Kingdom, at 21:10 local time on a flight to Roma-Fiumicino Airport, Italy and Entebbe, Uganda. During descent to Rome, clearance was received for a descent to 4000 feet in preparation for an ILS approach to runway 16L. Visibility was deteriorating with RVR values of 400 m (point Alfa), 1000 m (point Bravo) and 350 m (point Charlie). A missed approach procedure was carried out at 00:05. A second approach was attempted, this time to runway 25. This was also abandoned due to poor visibility. RVR values for runway 34L (1600 m, 2000 m and 150 m resp. at Alfa, Bravo and Charlie) made the crew request radar vectoring to runway 34L. The aircraft was established on the localizer at 00:28. The aircraft continued to descend below the 420 feet MDA, although the runway visual markings hadn’t been located. Because the flight crew failed to use the altitude callouts, the GPWS sounded unexpectedly.
The aircraft impacted the roof of a house 1300 m short of the runway, 100 m right of the extended centreline. It continued and impacted another building 85 m further on. The Boeing then broke up and burst into flames.
Nineteen of the 52 occupants survived the accident.
Probable Cause:

PROBABLE CAUSE: “The crew’s lack of adequate preparation in the procedure for a Non Precision Approach on runway 34L at Fiumicino Airport, especially in the matter of crew coordination and altitude callouts and their continued descent beyond MDA without having located the runway visual markings.
Besides, the following factors may have contributed to the cause of the accident:
1) Presumed mental and physical fatigue, accumulated by the crew during the two previous landing approaches, which were also carried out in an environmental situation that was extremely unfavourable and operationally demanding.;
2) A configuration of the Altitude Instruments, which although sufficient for the approaches that were carried out, consisted of a single radio altimeter with the acoustic warning of the MDA crossing inoperative;
3) The attention of the crew was excessively concentrated on the luminous sources along runway 34L, instead of on the instrument readings.
Furthermore (…) part of the Board of Inquiry as well as the representative of the Ugandan CA, disassociated themselves from the majority, during the phase of identifying the factors that may have contributed to causing the accident.” 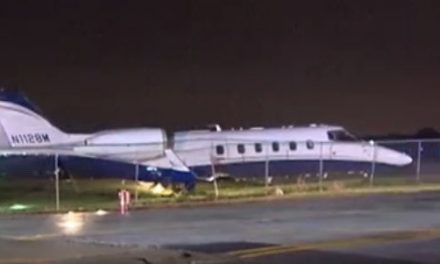 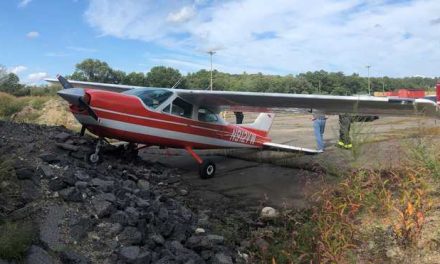