32 Years ago today: On 21 November 1990 a Bangkok Airways DHC-8 crashed during a missed approach procedure at Koh Samui, killing all 38 occupants.

Narrative:
Bangkok Airways Flight 125 left Bangkok-Don Muang International Airport at 09:58 UTC with IFR clearance to Koh Samui Airport at FL210. Samui Tower was contacted at 10:45 and the crew were told runway 17 was the active runway and that the weather was fair with rain southwest of the field. Wind was later reported at 030 deg/10 knots and the runway was changed to runway 35. On base leg for runway 35 the flight continued ahead instead of turning right for finals. A missed approach procedure was executed with flaps still fully extended and both pilots were confused about which way to go. Samui Tower instructed them to turn left because of a mountain on the right side. BKP 125 entered an area of heavy rain and rolled to the left. Both pilots were disoriented as the aircraft continued to descend in a left wing down attitude. The aircraft eventually impacted into a coconut plantation at a 147 knots speed, 36deg nose-down and 75deg left roll.
Probable Cause:

PROBABLE CAUSE: “The pilot experienced spatial disorientation which resulted in improper control of the aircraft. Factors which contributed to accident were as follows: (1) The pilot flew the aircraft into bad weather condition which had very little or no visual reference; (2) Channelized attention occurred when all of the pilots concentration were focused on looking for the airport and neglecting to do proper cross checking or monitoring the aircraft attitude; (3) Confusion of pilots, poor teamwork or poor cockpit co-ordination in monitoring the flight instruments might contribute to loss of situational awareness and improper control of the aircraft through their false senses.” 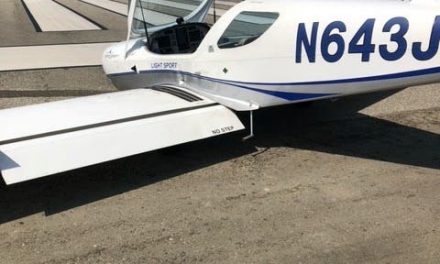