6 Years ago today: On 24 July 2014 a Swiftair MD-83, operating for Air Algérie stalled and crashed in the Mali desert; killing all 116 occupants.

Narrative:
A McDonnell Douglas MD-83 passenger plane, registration EC-LTV was destroyed when it crashed 80 km northwest of Gossi, Mali. All 116 occupants sustained fatal injuries.
The airplane was operated by Spanish airline Swiftair on behalf of Air Algérie as flight AH5017 from Ouagadougou, Burkina Faso to Algiers, Algeria.
Flight AH5017 took off from runway 22 at Ouagadougou Airport (OUA) at 01:15 UTC (and local time). Following a right turn after takeoff the aircraft headed to the EPOPO point and started climbing to the planned cruising altitude of FL310.
At an altitude of about 10,500 ft, autopilot 1 was engaged, the autothrottle having been active since takeoff. Nine minutes after takeoff, the crew said that they were passing through FL145 and that they estimated EPEPO point at 01:38.
At 01:28, the airplane was transferred to the Ouagadougou CCR and the crew said that they were turning to the left on heading 356° to avoid an bad weather in the area.
During the climb towards FL310, the crew made three heading alterations to the left (of 28°, of 4° then of 8°), then an alteration to the right of 36° to return to heading 019°, close to the initial heading.
At 01:37, the airplane levelled off at FL310 at Mach 0.740. The autopilot then maintained the altitude and heading, while the speed was controlled by the autothrottle. At the same time, the airplane was transferred to the Niamey CCR. In the two minutes following level-off, the airplane’s speed increased.
From 1 h 38 min 34, and for about 30 seconds, the autothrottle was in MACH ATL mode. This mode automatically engaged because the thrust needed to reach the Mach speed selected by the pilots was greater than the EPR limit.
The engines’ EPR stabilised around 1.92 and the Mach changed from 0.758 to 0.762. The autothrottle then returned to MACH mode and the airplane continued to accelerate up to Mach 0.775.
At 01:39:36, the airplane’s speed started to decrease. About one minute later the autothrottle changed back to MACH ATL while the Mach was 0.752. Following that, the altitude remained stable, pitch and EPR increased progressively, while the engines’ N1 remained stable and the speed continued to decrease.
Between 01:41:38 and 01:44:29, the Niamey CCR and flight AH5017 tried to get in contact, but did not manage to do so. Flight RAM543K offered to act as the intermediary. The crew of flight AH5017 said, at 01:44:29, that they were at FL310 on a weather avoidance manoeuvre. The Niamey CCR heard this radio exchange and asked them to call back passing GAO and to transmit estimates for MOKAT point. No answer, nor any other messages from flight AH5017, reached the Niamey CCR.
At 01:44, EPR and N1 fluctuations on both engines appeared for about 45 seconds. Then, for about 25 seconds, the EPR decreased then increased again on two occasions from 1.6 to about 2.5. The N1s varied between 70% and 91%. Some roll oscillations between 4° to the left and to the right appeared. The autothrottle disengaged between 01:45:02 and 01:45:06. This disengagement occurred between the first and second EPR variations.
At 01:45:06, the calibrated airspeed was 203 kt, the Mach 0.561 and the airplane started to descend. Pitch increased until it reached 10° at 01:45:17, then decreased slightly while the deflection of the elevators and the position of the trimmable horizontal stabiliser continued pitching up. The EPR and the engines’ RPM started to decrease towards values corresponding to idle. The roll oscillations continued and the speed continued to decrease.
At 01:45:35, the autopilot disengaged. The altitude decreased by about 1,150 ft in relation to the flight level, the calibrated airspeed was 162 kt, the Mach 0.439 and both engines were almost at idle. The airplane’s pitch began to decrease and the bank was increasing to the left.
The airplane’s pitch and bank were then subject to significant changes. They reached, respectively, 80° nose-down and 140° bank to the left. The airplane was pitched nose-down and banked to the left until it struck the ground. The heading decreased continuously and the flight control surfaces remained mainly deflected pitch-up and in the direction of a bank to the right. Around twenty seconds before the impact, the engine speed and EPR increased again and reached values close to maximum thrust.

Analysis of the recorded parameters by the flight data recorder, indicates that about two minutes after the leveling off at FL310, the engine pressure ratio (EPR) value became become incoherent in relation to other engine parameters. This anomaly occurred on the right engine and about 55 seconds later on the left engine. These false readings were probably caused by an obstruction of the pressure sensors located on the nose cone of the engine, presumably by icing. This icing may have been caused by the presence of cold, moist air on the edge of the storm cell, considering the fact that none of the anti-icing systems were activated.
Due to the incorrect values, the auto-throttle tried to maintain a lower thrust than was necessary. The aircraft lost speed and developed a tendency to descend. The autopilot, engaged in altitude hold mode, then attempted to raise the nose in order to maintain altitude. The aircraft ultimately stalled.

Probable Cause:
The aeroplane speed, piloted by the autothrottle, decreased due to the obstruction of the pressure sensors located on the engine nose cones, probably caused by ice crystals. The autopilot then gradually increased the angle of attack to maintain altitude until the aeroplane stalled. The stall was not recovered. The aeroplane retained a pitch-down attitude and left bank angle down to the ground, while the control surfaces remained mainly deflected pitch up and in the direction of a bank to the right. The aeroplane hit the ground at high speed.

The accident was the result of a combination of the following events:
– the non-activation of the engine anti-icing systems
– the obstruction of the Pt2 pressure sensors, probably by ice crystals, generating erroneous EPR values that caused the autothrottle to limit the thrust produced by the engines to a level below that required to maintain the aeroplane at FL310.
– the crew’s late reaction to the decrease in speed and to the erroneous EPR values, possibly linked to the work load associated with avoiding the convective zone and communication difficulties with air traffic control.
– the crew’s lack of reaction to the appearance of buffet, the stickshaker and the stall warning.
– the lack of appropriate inputs on the flight controls to recover from a stall situation.

These events could be explained by a combination of the following factors:
– The FCOM procedure relating to the activation of the anti-icing systems that was not adapted to Pt2 pressure sensor obstruction by ice crystals
– Insufficient information for operators on the consequences of a blockage of the Pt2 pressure sensor by icing
– The stickshaker and the stall warning triggering logic that led these devices to be triggered belatedly in relation to the aeroplane stall in cruise;
– the autopilot logic that enables it to continue to give pitch-up commands beyond the stall angle, thereby aggravating the stall situation and increasing the crew’s difficulties in recovery.

The absence of a usable CVR recording limited the possibility of analysing the crew’s behaviour during the flight.
Specifically, it was not possible to study CRM aspects or to evaluate the possible contribution of the employment context and the experience of the crew members. 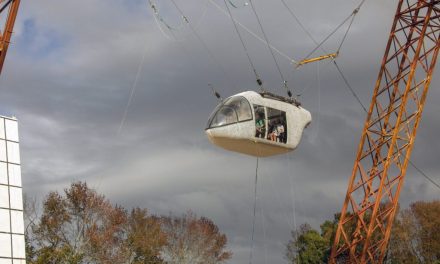