22 Years ago today: On 10 October 1997 an Austral Douglas DC-9 crashed near Nuevo Berlin in bad weather, killing all 74 occupants.

Narrative:
Austral flight AU2553 took off from Posadas, Argentina at 21:18 for a domestic flight to Buenos Aires-Aeroparque. Before departure there was no specific warning for weather conditions to be encountered during the flight.
En route at FL350 the aircraft encountered bad weather with Cumulonimbus clouds (reportedly topping at 49000 feet), an outside air temperature of -59°C and windshear conditions with winds at 80 km/h.
The aircraft deviated from the airway and entered the Montevideo Flight Information Region (FIR) without contacting the Montevideo controller.
At 22:04 the aircraft entered an area with icing conditions. Three minutes later the first officer, who was pilot flying, initiated a descent without prior permission. Meanwhile the captain contacted Ezeiza Control, requesting permission to descend. Ezeiza Control radioed that the flight was over Uruguay territory and that they needed to contact Montevideo Control for permission.
During the descent the first officer complained that his airspeed indicator did not seem to be working correctly.
Descending through FL300, the first officer extended the slats. The pilots were trained to extend slats when recovering from approach to stall situations at 10-12 000 feet. However, the actual airspeed at the time of extension was higher than permitted. This exceeded the design limit, causing an asymmetry. The pilots lost control of the plane which then entered an uncontrolled descent, crashing in a swampland on the banks of the Uruguay River. The wreckage was found at 04:40 the next morning in a 25 feet deep, 80 feet wide crater.
Anomalous airspeed indications preceded the slat extension (a sudden increase from 200 knots to 450 knots IAS in 4 seconds), possibly due to icing of the pitot tubes

PROBABLE CAUSES: (translated from original Spanish report)
IMMEDIATE CAUSE: “The Accident Investigation Committee Aviation of the Republic of Uruguay, determined that the immediate cause of the accident was likely that at a pressure altitude of 30,000 ft, the first officer, who was in charge of the controls, found himself in a flight condition which induced him to extend the slats.
He did this at a speed much higher than the limit of the structural design of the slats and by extension damage occurred, causing an asymmetry, with consequent loss of control fro which he was unable to recover.
The co-pilot’s interpretation as to the need to extend the slats would have been a result of erroneous indications of low speed (IAS), caused by blockage of the pitot tubes which resulted from atmospheric icing.
It was not possible to determine if the obstruction was caused by the crew by not activating the heating system via the selector switch, or failure of that system.
CONTRIBUTING CAUSES:
a) No indication of Mach No. on the speed indicators installed in the accident aircraft within its flight envelope, with air speeds below 250 KIAS.
b) Lack of training of the pilots in flight instrument failures and upset recovery.
c) Lack of training of the pilots in the recovery of approach to stall in the DC-9 aircraft in “clean configuration” in accordance with the procedures specified in the FCOM, section 5, 10-0-0, code 30.
d) Lack of instruction and pilot training in crew resource management (CRM).
e) Absence of a warning light PITOT/STALL-HEATER OFF on the annunciator panel of the aircraft.
f) Deficiency in procedures for operational flight dispatch. 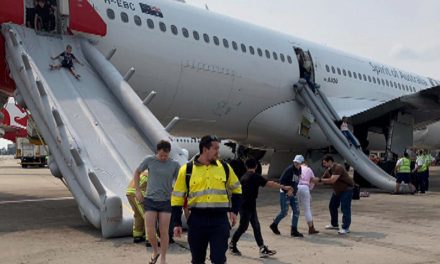 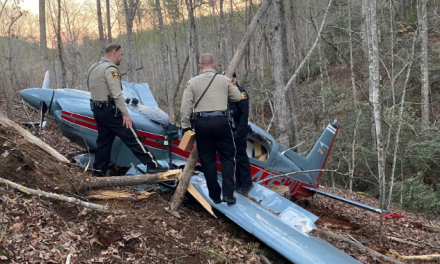