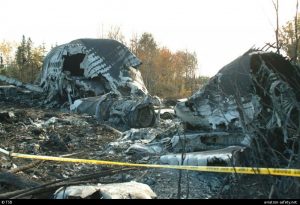 At 00:03 local time MK Airlines flight 1602 departed Windsor Locks-Bradley International Airport (BDL) for a flight to Zaragoza, Spain with a cargo of lawn tractors. An intermediate stop was made at Halifax (YHZ), where the aircraft landed at 02:12 local time. At YHZ the aircraft was loaded with 53,000 kilograms of lobster and fish. After fueling, the total fuel load was 89 400 kg. The planned takeoff weight was 353 000 kg. The Boeing Laptop Tool (BLT) was then used to calculate the takeoff speeds. Since the software was last used before the takeoff from Bradley, it still contained those figures. The airport information and weather was changed to Halifax, but somehow the takeoff weight was not changed and remained showing 240.000 kg. Takeoff performance data were generated, resulting in incorrect V speeds and thrust setting being transcribed to the takeoff data card. It is most likely that the crew did not adhere to the operator’s procedures for an independent check of the takeoff data card, so the erroneous figures went unnoticed.
It was dark, but the weather was fine as the airplane was cleared to taxi to runway 24 (8800 ft / 2682 m long) for departure. After push back, the aircraft began to taxi, the flaps were extended to 20°, and the horizontal stabilizer was set to 6.1 trim units, where it remained for the duration of the flight. The flight control checks were completed during the taxi. The aircraft entered runway 24 at Taxiway Delta and backtracked to the threshold. The aircraft then made a 180° turn to the right and, upon lining up with the runway, the thrust levers were advanced and a rolling takeoff was commenced at 06:53:22.
At the start of the takeoff roll, the thrust levers were smoothly advanced from ground idle thrust (approximately 1.0 EPR) to takeoff power with all final EPR settings indicating between 1.3 and 1.33. The aircraft accelerated through 80 KCAS (06:53:46) approximately 1800 feet (550 m) from the threshold.
At 130 KCAS, the control column was moved aft to 8.4° to initiate rotation as the aircraft passed the 5500-foot (1680 m) mark of runway 24 (3300 feet / 1010 m of runway remaining). The aircraft began to rotate. The pitch attitude stabilized briefly at approximately 9° nose-up, with airspeed at 144 KCAS. Because the 747 still had not lifted off the runway, the control column was moved further aft to 10°, and the aircraft responded with a further pitch up to approximately 11°; initial contact of the lower aft fuselage with the runway occurred at this time. The aircraft was approximately at the 8000-foot (2450 m) mark and slightly left of the centreline. The control column was then relaxed slightly, to 9° aft.
The pitch attitude stabilized in the 11° range for the next four seconds, and the lower aft fuselage contact with the runway ended briefly. With approximately 600 feet (185 m) of runway remaining, the thrust levers were advanced to 92 per cent and the EPRs increased to 1.60. With 420 feet (130 m) remaining, the lower aft fuselage contacted the runway a second time. As the aircraft passed the end of the runway, the control column was 13.5° aft, pitch attitude was 11.9° nose-up, and airspeed was 152 KCAS. The highest recorded nose-up pitch of 14.5° (06:54:24) was recorded after the aircraft passed the end of the runway at a speed of 155 KCAS. The aircraft became airborne approximately 670 feet (205 m) beyond the paved surface and flew a distance of 325 feet (100 m). The lower aft fuselage then struck an earthen berm supporting an instrument landing system (ILS) localizer antenna. The aircraft’s tail separated on impact, and the rest of the aircraft continued in the air for another 1200 feet (370 m) before it struck terrain and burst into flames

FINDINGS AS TO CAUSES AND CONTRIBUTING FACTORS:
1. The Bradley take-off weight was likely used to generate the Halifax take-off performance data, which resulted in incorrect V speeds and thrust setting being transcribed to the take-off data card.
2. The incorrect V speeds and thrust setting were too low to enable the aircraft to take off safely for the actual weight of the aircraft.
3. It is likely that the flight crew member who used the Boeing Laptop Tool (BLT) to generate take-off performance data did not recognize that the data were incorrect for the planned take-off weight in Halifax. It is most likely that the crew did not adhere to the operator’s procedures for an independent check of the take-off data card.
4. The pilots of MKA1602 did not carry out the gross error check in accordance with the company’s standard operating procedures (SOPs), and the incorrect take-off performance data were not detected.
5. Crew fatigue likely increased the probability of error during calculation of the take-off performance data, and degraded the flight crew’s ability to detect this error.
6. Crew fatigue, combined with the dark take-off environment, likely contributed to a loss of situational awareness during the take-off roll. Consequently, the crew did not recognize the inadequate take-off performance until the aircraft was beyond the point where the take-off could be safely conducted or safely abandoned.
7. The aircraft’s lower aft fuselage struck a berm supporting a localizer antenna, resulting in the tail separating from the aircraft, rendering the aircraft uncontrollable.
8. The company did not have a formal training and testing program on the BLT, and it is likely that the user of the BLT in this occurrence was not fully conversant with the software. 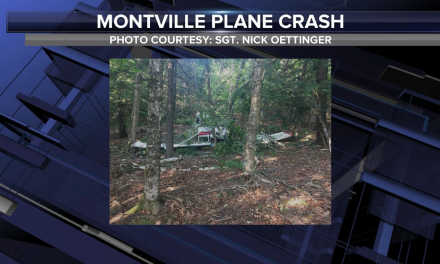 Three taken to the hospital after Montville plane crash 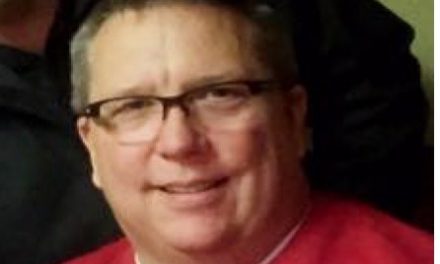 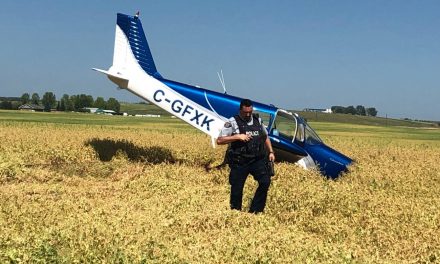 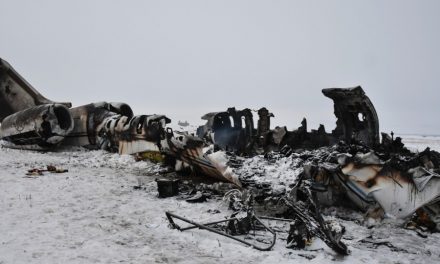