56 Years ago today: On 25 June 1965 a USAF Boeing C-135A Stratolifter flew into a hillside shortly after a night time takeoff from El Toro MCAS, CA; killing all 84 on board.

Narrative:
The C-135 Stratolifter originated at Fort Dix-McGuire AFB, NJ (WRI) and was bound for Okinawa, via Santa Ana-El Toro MCAS, CA (NZJ) and Hickam AFB (HIK), Hawaii. Weather was poor at El Toro when the airplane was ready to depart: thick fog and light drizzle. Takeoff was accomplished at night at 01:45 from runway 34R. After takeoff the pilot should have made a prescribed left turn. Instead, the airplane continued straight ahead. It contacted the 1,300-foot Loma Ridge, some 150 feet below the crest. The aircraft broke up and burst into flames. 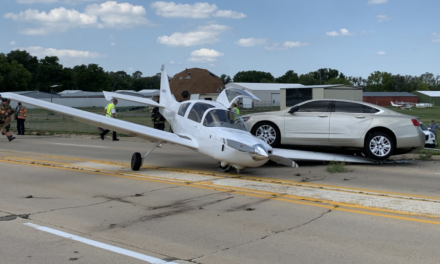 One hurt after plane crashes into Auburn Road near Cottonwood Airport