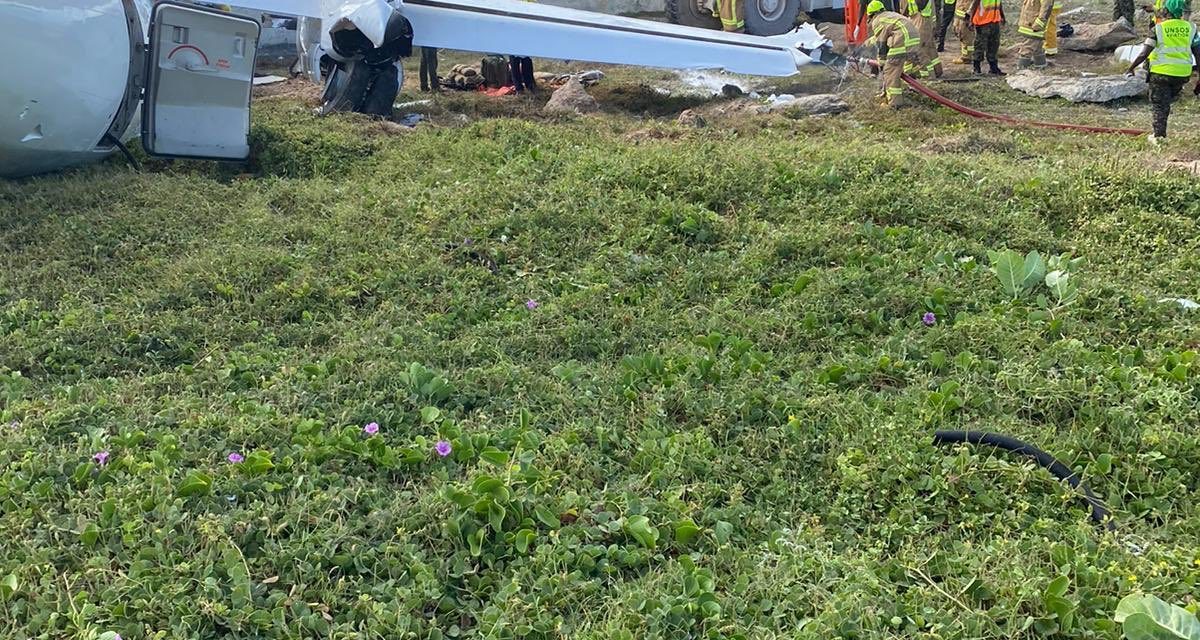 MOGADISHU, Sept. 19 (Xinhua) — Two people were injured when a Kenyan cargo plane crashed at Somalia’s main airport in Mogadishu on Saturday, the police have confirmed.

The aircraft operated by Silverstone Air was on its way to deliver supplies to the African Union Mission (AMISOM) forces in Beledweyne, some 335 km north of Mogadishu in Central Somalia when it skidded off the runway and hit the perimeter wall which separates the ocean and the Aden Adde International Airport.

Dhame Sadik Adan, a police spokesman said both the pilot and his co-pilot were injured in the leg and have been airlifted to AMISOM medical center for treatment. Adan said the plane had four occupants.

He said Aden Adde International Airport was shut down briefly as emergency personnel attended to the crew who were aboard the Silverstone Airplane.

“Local flights are being diverted to Baidoa while international flights have been directed to Wajir in Kenya until the wreckage is removed from the runway,” Adan told Xinhua by phone.

Witnesses said the aircraft had circled around the airport at low altitude before attempting an emergency landing.

Photos shared on social media showed the plane had rammed a wall on the edge of the airport.

The aircraft registered in Kenya as 5Y-MHT routinely operates cargo flights to and within Somalia, delivering supplies to both UN and AMISOM centers.

Ahmed Moalim Hassan, Director-General of the Somalia Civil Aviation Authority reported the accident, saying there had been two injuries.

According to Hassan, the aircraft suffered a runway excursion at the airport before crashing. He said during an attempted landing on runway 05, the aircraft veered off and impacted the perimeter wall.

The heavily guarded airport hosts diplomatic missions and serves as a hub for humanitarian flights in the Horn of Africa nation. Enditem.