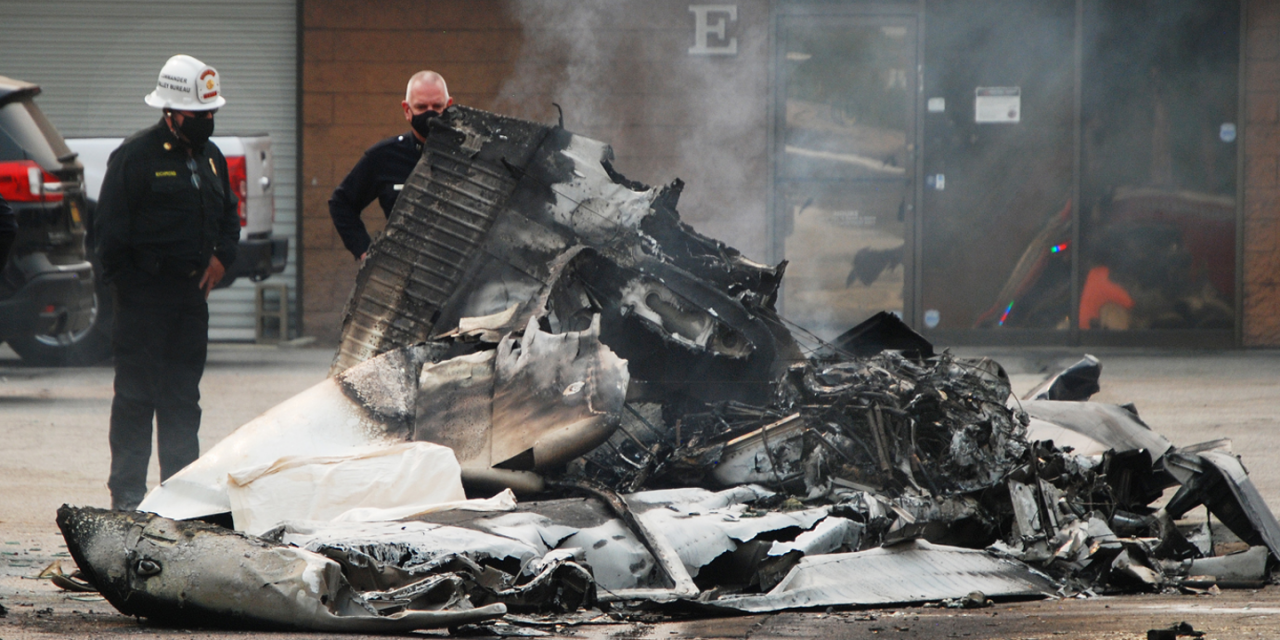 Department spokesman Capt. Erik Scott said he arrived on scene to see the white, single-engine plane still on fire with pieces of burnt, twisted metal forming a pile of rubble and other broken off pieces nearby.

Firefighters pulled hose lines and extinguished the burning wreckage, Scott said. Two people found inside the rubble were declared dead. They were not immediately identified. There was no damage to nearby structures, but three vehicles sustained minor damage.

Witnesses said they saw the plane fly straight down into the parking lot, missing nearby buildings, Scott said.

“It’s fortunate this was not a populated area,” he said.

Scott said the Federal Aviation Administration would investigate the crash and remove the wreckage from the scene. 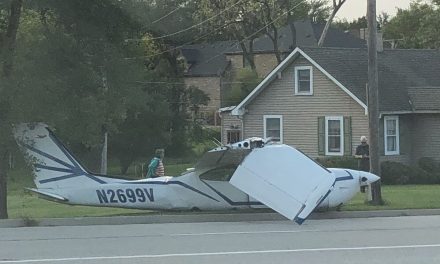