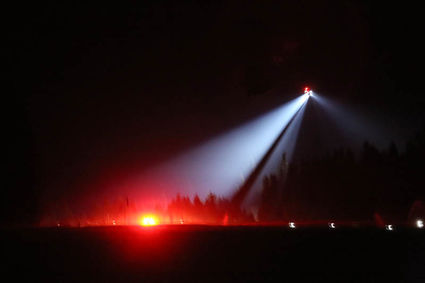 SEELEY LAKE – Seeley-Swan Search and Rescue and local law enforcement assisted Powell County Saturday, Sept. 12 after a 1966 Cessna 172 was reported downed north of the Seeley Lake Airport. Pilot Charles Wolff, 67 of Green Valley, Arizona and part-time Seeley Lake resident, and Seeley Lake resident Wayne Cahoon, 59, died in the crash. The Seeley Lake Fire Department transported the other passenger to Missoula via ambulance with severe injuries since Life Flight was unable to fly. The patient was later flown to Washington.

Just before 10 p.m. Saturday night, the Sheriff’s Office received two reports regarding suspicious activity north of the airport. The first called reported a plane sputtering and they thought they heard a crash. A separate caller reported hearing an airplane crash into the woods.

Incident Commander Missoula County Sheriff’s Office Sergeant Bob Parcell requested Two Bear Air Rescue out of Kalispell but they asked local resources respond first. After learning that Life Flight would not fly due to the heavy smoke, Two Bear Air agreed to assist with the search.

Sunday at 12:52 a.m., as Two Bear Air arrived in the area, Robinson and his ground crew found the aircraft just north of the Seeley Lake airstrip.

“It was a really thick area. You had to be right up on it to see [the aircraft],” said Parcell. “It was pitch black on top of that.”

One passenger was found conscious but severely injured. Two Bear Air landed at the site, loaded the passenger and flew to the north end of the airstrip. Seeley Lake Volunteer Fire Department assumed care of the patient. The patient was transported via ambulance to Missoula and has since been flown to Washington for further treatment.

“Our heartfelt condolences go out to the family and friends during this very difficult time,” wrote the Missoula County Sheriff’s Office in a press release.

Parcell added, “I’m very proud of our responders and how they went about their job, how fast they got it done and how professional they were. They were the only bright spot out of this whole tragedy. The community can be very proud of them in this kind of situation.” 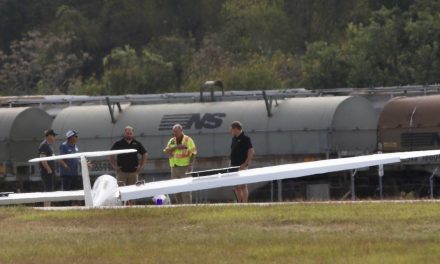