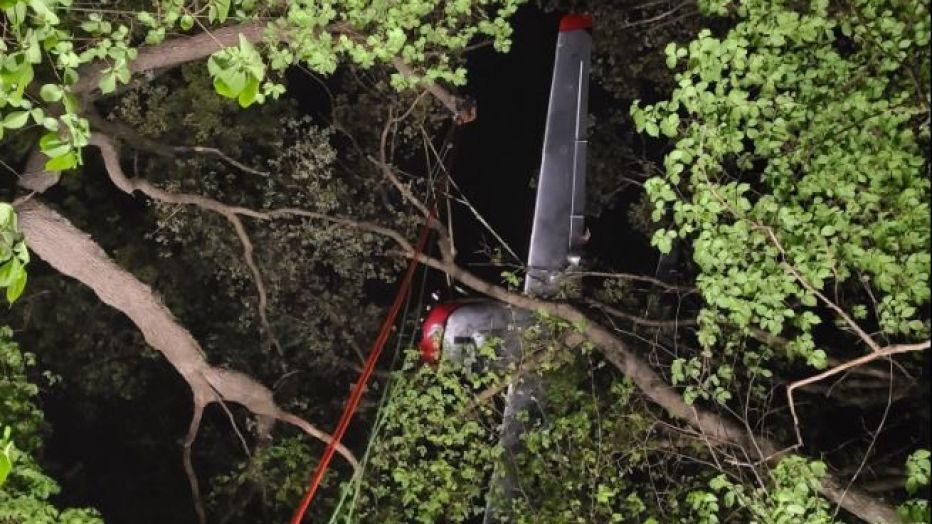 Whitewater crews worked for five hours to rescue three people suspended 75 feet above the ground when their plane lost power and crashed in the Kettle Moraine Forest.

Whitewater firefighters rescued three people who were flying in a plane when it lost power and crashed into the Kettle Moraine Forest on Saturday night, the fire department said.

All three of the occupants survived and were uninjured, according to the Whitewater Fire Department.

Emergency crews responded to a report from Milwaukee Air Traffic Control that a plane had dropped off the radar and possibly crashed just before 9:20 p.m. in the area of Hi-Lo Road in the Kettle Moraine Forest, the fire department said. The pilot had also called 911, which helped authorities better locate the plane near the Ice Age Trail off of Highway P.

The aircraft was traveling from Sheboygan to Burlington when it lost power and deployed an emergency parachute, according to initial reports, the fire department said.

Because of the densely wooded terrain, responders were initially delayed reaching the crash, the fire department reported. Crews used rope systems to get the occupants out of the plane and safely to the ground. The rescue took about five hours.

The Federal Aviation Administration has plans to investigate the incident and remove the plane, the fire department said. 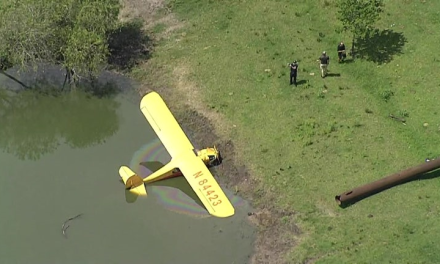