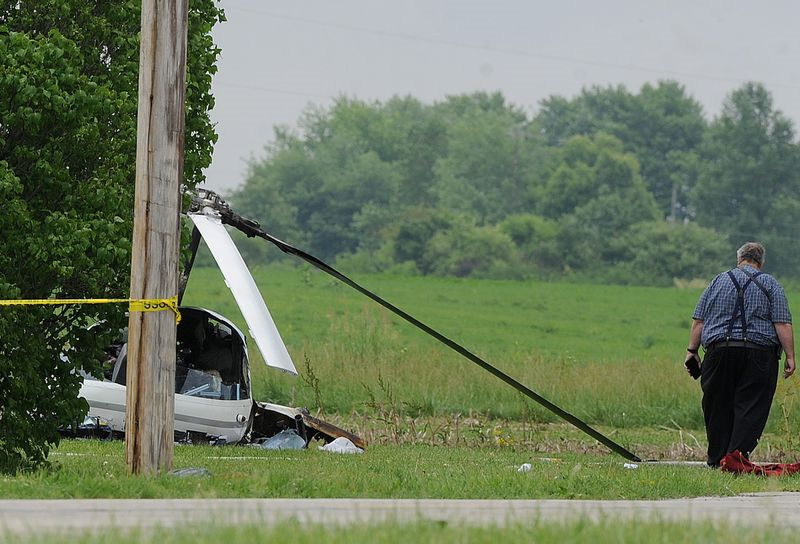 A woman was killed and her husband critically injured in a fiery Tuesday morning helicopter crash at their property near Greenville.

When deputies arrived, they found two people trapped in a helicopter that was on fire, Whittaker said. Bystanders and deputies worked together to free the victims from the wreckage.

“It was through heroic efforts of deputies who arrived on scene as well as some bystanders who were working hard,” Whittaker said. “They were using buckets of water from a nearby house and fire extinguishers, trying to beat back the flames while they tried to get the one occupant out.”

His wife, 35-year-old Krista Zimmer, was pronounced dead at the scene.

The Zimmers owned the helicopter that crashed in the driveway of their home in the 5000 block of Hogpath Road, the sheriff’s office said.

The Federal Aviation Administration and National Transportation Safety Board will handle the investigation. FAA personnel have responded. Deputies remained at the scene pending the arrival of NTSB investigators Wednesday morning, the sheriff’s office said.

Fire and rescue crews from Greenville, Greenville Twp., New Madison and Arcanum also responded to the crash, which closed a section of Hogpath Road for the day.

It is unknown whether the helicopter, registered to Charles Zimmer, was attempting to land or take off at the time of the crash.

“The Zimmers have been known to land and take off from their residence, which is surrounded by farm ground in a rural area of Darke County,” Whittaker said.